The 10th U.S. Circuit Court of Appeals has upheld a verdict and turned away most of the arguments posed by Tulsa county officials

Have you or a loved one been injured? Call to schedule a free, in-person, no-obligation strategy session with our Tulsa personal injury attorneys. 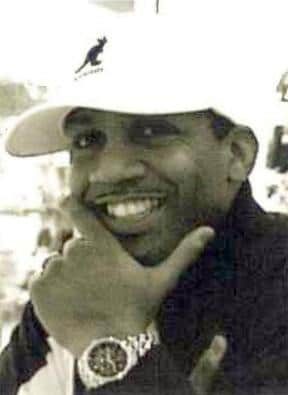 Elliot Williams died of dehydration and other complications after the staff at Tulsa County Jail left him unable to reach water left near him due to a serious neck injury.

Our Tulsa personal injury attorneys fought for justice for Elliot and won a $10.25 million settlement for his estate. That verdict was recently upheld and a new trial sought by Tulsa County officials was denied.

“The evidence was sufficient for a reasonable jury to conclude that one or more jail detention officer or medical provider was deliberately indifferent to Mr. Williams’s serious medical needs and that Sheriff Glanz maintained a custom or practice of neglecting to remedy deficient medical services at the jail,” the appellate court wrote in its ruling. The appellate ruling also rejected other claims from county officials and Glanz, including whether a $250,000 punitive damages award against Glanz was excessive.

To read more about the verdict you can read this article from Tulsa World:
$10 million award won by Tulsa Personal Injury Attorney upheld.

After 8 years of hard-fought litigation the Elliot Williams case is finally resolved once and for all. Read our latest article about the current status of the case here:
Tulsa County, Estate settle for 10 million

Call to schedule a free, in-person, no-obligation strategy session now to determine how we can get you the maximum compensation allowed.

See More Video Reviews
I was hurt in two car wrecks and had to obtain an attorney. I am so glad I did! Greg and his staff have been amazing throughout the entire process! He handled both cases for me and did an outstanding job! I highly recommend him and continue to refer my friends and family to him all the time!

Leticia Madrid
19:35 14 Apr 20
Amanda worked very hard on my case. She went above and beyond what I feel like an attorney should do. if you need to have an attorney that will work hard for you and make you feel like you're the only case they're working on this is the place you need to go.

Anne Cherry
04:20 25 Mar 20
I went online to find the best divorce attorney that I could find in Tulsa. After some research I located a website that really got my attention. So I trusted my gut instincts and hired them. I was pretty lost on where I stood during each faze of the process...due to the lack of communication. However, I still trusted my gut feeling. I ended up with everything I asked for, and then some!!!!

Monica Hodges
07:57 13 Feb 20
I am very pleased with Greg Denny Law firm. They are an awesome team that works for their clients!

J. A.
14:50 13 Jan 20
i got in a car wreck that was not my fault, so i had to seek a Lawyer. not ever needing Legal council before i didn't know how the process worked, From the beginning to the end the staff at Greg Denney law always answered every call and every question i ever had, the process was so easy. Highly recommend this law firm.

Tamera Castodio
16:16 14 Dec 19
Greg Denney law attorneys helped us out with a business law case here in Tulsa Oklahoma. He also advised on a medical malpractice / wrongful death lawyer case.He is probably Tulsa Oklahoma #1 car accident attorney as he is helping my mother with her case and doing an outstanding job!

Jeremy Fuller
20:05 10 Sep 19
Greg and his team were a huge help throughout my entire injury claim process. They explained everything and stayed in contact with me to keep me updated on my case. They also got more out of my settlement than I expected. If you’ve been injured and need legal help, you can’t go wrong letting Greg and his team handle your case.

david treadwell
21:59 23 Aug 19
We couldn’t have asked for more. I was stunned how quickly we received our settlement. They went to work right away! I was in a car accident also and it took 4 years and I got barely anything. We received significantly more using Greg Denny Law. What’s really important is, it was very stress free. It hasn’t even been a year since my husbands accident. We highly recommend them.

Tracy Woytas
20:03 16 Aug 19
We couldn’t have asked for more. I was stunned how quickly we received our settlement. They went to work right away! I was in a car accident also and it took 4 years and I got barely anything. We received significantly more using Greg Denny Law. What’s really important is, it was very stress free. It hasn’t even been a year since my husbands accident. We highly recommend them.

Tracy Woytas
20:03 16 Aug 19
Greg Denney law was great!! We actually didn't deal with Greg himself much but he was involved in our case if we needed him or wanted to talk to him. Amanda was awesome! She was very diligent and kept us informed!! Rachel was the best at getting back with us or answering questions if Amanda was in court!! Our case turned out great and we have recommended to othe people who became their clients too! Thank you so much to Greg, Amanda, Rachel and everyone in the office!!! We will keep reccomending!!!

Samantha Green
02:17 03 Aug 19
Greg has been my family attorney for years and I highly recommend him for any legal services that your family might encounter. His staff is superior, professional and timely. Greg always listened to our issues and concerns and fought for us all the way to the end.

Sam Lane
19:16 16 Jun 19
Nicest, most sincere, regular guy. Would have loved to be his client...if I had a case he thought he could prove. I did not...but if I have any issues in the future.he will be the first call I make. Thank you Greg Denney!

Jane Cailler
00:12 10 May 19
I met with Greg for the first time a few months back. I'm one of those people who have been dealing with lawyers my entire life and I'm here to tell you that Greg is a good one. He's a real person and he speaks with you on your level. Most lawyers have a holier than thou attitude but this man does not. I really like the guy and I've heard him on the phone fighting for a client. I'm certain that I made the right choice in contacting him and I'd recommend him to anyone as well.

Jason and Brittany Long
17:23 21 Apr 19
I had a motorcycle accident. Greg and his staff did everything they said they were going to do. That doesn't happen too often. I would definitely use them again.

William McElroy
14:51 16 Apr 19
Tried Greg Denney to help with a family matter that's been hassling me for a few years. He and his team took care of it pretty quick, no real long drawn out case that could've taken quite longer.Again Thanks for your service.

Mark Anderson
20:44 11 Apr 19
Greg and his staff have went above and beyond for my in laws after their home was hit by a drunk driver. They have so many amazing things to say about Greg and feel as though he has cared tremendously about them.

Tessa Wingert
16:00 09 Apr 19
We hired Greg in March of 2018 to fight for full custody of my Husband's son. This was hands down the best decision we could have made when trying to find an attorney. Greg was always very professional and his staff was amazing to work with. Every time we had any questions Greg, Amanda or Rachael would always get back to us in a timely manner. He was always straight forward when we had questions or concerns and did not beat around the bush like a past attorney we had. Thank you so much for everything you have done!

Adrienne Riley
16:52 06 Mar 19
Greg and his staff were great to work with. Good communication and I felt like he was very honest and fair with me. He provided the representation I needed during a very difficult time. I wouldn’t hesitate using his services again or recommending him to friends or family.

Chris Reynolds
21:25 05 Mar 19
Excellent service. Greg showed up and did a great job of representing us and beating our case. He’s very knowledgeable, straight forward and knows what he’s doing. Thanks to the Greg Denny staff as well, they were very helpful!

Miriam Martinez
01:15 06 Feb 19
14 yrs ago Greg fought for me when couldn't help myself. With Greg's expertise and his relentless pursuit for me and my son, he got me FULL CUSTODY of my son. My son at the time was under 2 yrs old. Greg fought an uphill battle and NEVER wavered! I have had my son ever since! Greg was my rock and NEVER let me down. I am forever grateful for him and he will always be my and my families CHAMPION! Thank you Greg and God bless you!!!

John Schramm
16:45 05 Feb 19
Greg Denney is a really good attorney. He cares about the well being of his client and their families as well. I would recommend him to anyone. He helped us out alot by getting the case dismissed completely. Thank you Mr. Denney

Mekeesha Wood
14:23 28 Dec 18
I just wanna day thank you very much to Greg. I used him in high school and he got me out of so much. I had to use Greg again for a custody case and could not be more happy with the outcome. I recommend anyone who needs a good lawyer definitely call Greg he knows what he is doing. Thank you very much. 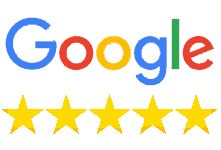 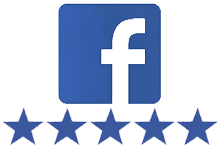 How We Help You

We can help you find medical treatment and state of the art diagnostic testing to properly assess your injuries.

We will deal directly with insurance companies for you relieving your stress of trying to negotiate with them.

We will investigate to obtain and preserve evidence needed to assure you get the compensation you deserve.

Our proven success ensures that insurance companies will take you seriously during settlement negotiations.

Attorney Greg Denney has the experience and skill to ensure you recover the compensation you deserve.

We have extensive experience in criminal and civil trials including personal injury and civil litigation. Together our team brings 35 combined years of experience when we advocate for you.

At Greg Denney Law, we offer a free consultation during which we will examine the facts of your case and advise you on how best to proceed.

Clients come to the civil and criminal litigation firm of Greg Denney Law, PLLC in Tulsa, OK to help them overcome the legal challenges in their lives. We understand that our clients want a trial attorney who cares. Our Tulsa lawyers are not afraid to stand up to big insurance companies – knowing their tactics and strategies allows us to build a strong case on your behalf. We do not tolerate anyone treating you badly. You will incur no attorney fees, court cost, or legal expenses unless you recover. Time to file is limited by Oklahoma law, so call today to protect your right to the compensation you deserve. Call (918) 295-0077.

To schedule a call use the form below and let us know when would be the best time to call. If you have any questions let us know!

No fees unless you recover
24/7 Consultation